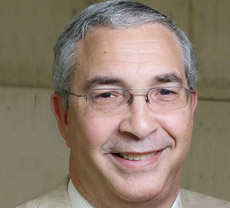 Kendell R. Sprott, MD, JD, has been named chief executive officer of Matheny, effective December 1. Dr. Sprott, both a physician and attorney, has been a member of the faculty at Rutgers New Jersey Medical School since 1984, most recently serving as senior associate dean for clinical affairs. He has also served as acting chair of the Department of Pediatrics and vice chair and director of community pediatrics at the Children’s Hospital of New Jersey at Newark Beth Israel Medical Center.

Dr. Sprott will succeed Steven Proctor, who is retiring after 16 years as CEO. Edana Desatnick and Bruce Fisher, co-chairs of Matheny’s Board of Trustees, expressed confidence that Dr. Sprott, “will continue to build on the solid foundation put in place by Steve Proctor. At Rutgers,” they added, “Dr. Sprott was instrumental in successfully integrating the clinical services of UMDNJ and Rutgers University. He demonstrated an outstanding ability to work effectively with a wide array of organizations and instituted a number of innovative solutions. As the new CEO at Matheny, Dr. Sprott and his leadership team will be responsible for expanding Matheny’s capabilities and services against the backdrop of a changing healthcare environment. We are confident that Dr. Sprott has the expertise to guide Matheny in a winning direction that will ensure future growth and prosperity.”

After 30 very successful and productive years at the New Jersey Medical School, Dr. Sprott is looking forward to a new challenge at Matheny . “I am honored,” he said, “to join the Matheny family, a group of individuals committed to the service and compassionate care of patients with complex needs.”

Dr. Sprott received a B.S. degree from Morehouse College in Atlanta, his MD from UMDNJ New Jersey Medical School (now Rutgers) and his JD degree from the Rutgers School of Law in Newark. He has also served in the Department of Pediatrics at St. Barnabas Medical Center in Livingston; Muhlenberg Hospital in Plainfield; and Children’s Hospital of New Jersey, which became part of Newark Beth Israel when United Hospitals closed in 1997. He was chair of the Governor’s Council of Children’s Service Planning from July 1989-May 1994 and was a recipient of the Thurgood Marshall Award for Excellence (2005), City News 100 Most Influential in New Jersey (1997), the Golden Apple Award for Teaching Excellence (1995) and the Child Advocacy Award from the National Black Child Development Institute (1990). He is currently a member of the board of directors and/or trustees of the Rutgers Community Health Foundation, Children’s Future, Advocates for Children of New Jersey and the Greater Newark Healthcare Coalition.

Dr. Sprott and his wife, Donna, also a physician, reside in Plainfield, NJ.