The New York Giants 2011 Super Bowl run is sometimes attributed to Gian Paul Gonzalez’s message of being ‘All In’ when he spoke to the team prior to its Christmas Eve game against the New York Jets. On June 18, Gonzalez addressed the graduates at The Matheny School’s Commencement Ceremony , remarking that, “This is a truly amazing definition of ‘All In’.”

Peapack-Gladstone Mayor William Muller thanked the Matheny staff  “for the work that you do” and then assisted with the handing out of diplomas to the four graduates: Raven Bennett, Deborah Eike, Michael Taurozzi, and James Wild. It was truly an inspirational day. 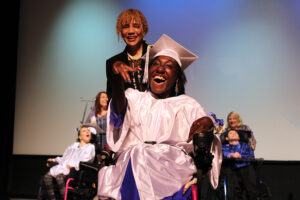 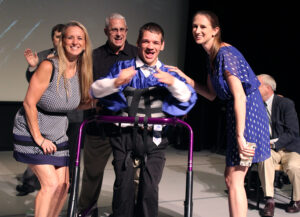 We can't wait to show you our full Miles for Mathe